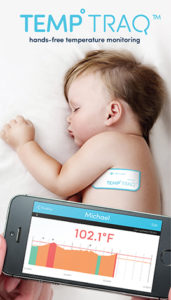 Our client sought to monetize its know-how in printed battery technology by forward integrating into wearable medical devices. The client had developed IP in the space but had no prior experience in regulated devices for consumer applications. Its management team and venture capital owners contracted Nexus for assistance in creating a finished product to take to market. Mr. Fahey was embedded into the design and commercialization team, providing a wealth of supply chain connections for consumer product and packaging design, application testing, medical device regulatory support, and clinical trials.

The product received phenomenal positive response on introduction at CES 2015 and has since achieved broad acceptance by consumers, with shelf space at major retailers throughout the US. Subsequently, the company has expanded its offerings into clinical uses, building in part from the initial connections provided by Nexus. As a result of this success, the client has grown several multiples in market valuation since product introduction in 2015.